when all you wanted to do is wonder and wander

In response to The Daily Post’s writing prompt: “First Crush.”

I was strolling inside the mall, beaming with a smile for the new bargains I have just bought. It was a long day and I have been in the mall since morning looking for cheap but great finds. On my way to a restaurant after my retail therapy, I bumped into a man rushing to somewhere. I got hit hard on my shoulder which made my small frame fall on the floor. The guy did apologized and helped me get up but he went away immediately.  I am so irritated with the guy that even when I am already having dinner, I could not enjoy my favorite chicken and mojos. When I finally decided to break free from the stress and negativity, a man sat in front of me. The guy who was rushing earlier who bumped against me is now seating in front of me. He was also in the same resto as I am and seeing me eating alone made him realize that he should apologize for the earlier accident. He told me his name, I gave mine and we shook hands.

Conversation started to flow when I suddenly realized that his name and feature looks familiar. Oh, my gosh! The guy in front of me is my grade school crush! How could my day get any better! I don’t know if he realized that we went to the same school back in the days as the conversation went on.

After finishing my meal, I told him I needed to go. He then asked for my number and without hesitation, I gave mine. We exchanged numbers and then I left. I was almost near the van terminal when I got an SMS. It was my grade school crush and the message was “Now I remember. We went to the same school, right? That;s why you look so familiar. It was nice bumping into you.” And a smile left my face.

This actually is just a figment of my single mind’s imagination. If only something like this will happen in reality, then it would be great. However, moments like this usually happen in the movies.

Now to answer this week’s daily post, one, I cannot remember my first crush but I did remember my high school crush because I searched for his Facebook account just the other day. This is just out of curiosity. Turns out he is already married and with a kid. (Oh brother! How about me? Lol.) Second, what would I say to him if ever i would see him again… Honestly? I don’t know. Would I even have the opportunity to see him? Not virtually of course. Will it ever bring back the feeling? Oh, pardon me. We were talking about first crush here and not first love. hahaha!

That’s about it. I hope something like what happens in the movie would happen to me one day. Just hoping. Oh well.

A Little About Maria

A Filipina who loves to travel and dreams of becoming a philanthropist someday. 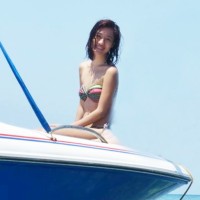 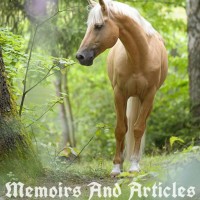 Thought Catalog is a digital youth culture magazine dedicated to your stories and ideas.

TwinDays
Musings of a traveller

Loving Living and Growing in Christ

Travel Couple and Digital Nomads on a World Travel

With a foundation of muddy waters, it still blooms and thrives

That's when the magic begins

Family, life, and travel of course!

Adventures, disasters, and travel tips from a world explorer.

The Diary of a Retiree

It's all about Weird scenerio, Memoirs and Articles